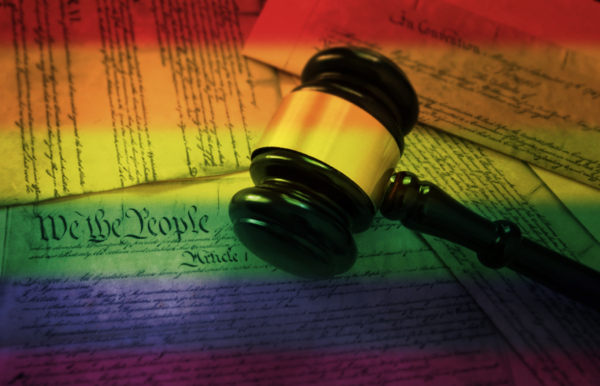 With the triumphant legalization of gay marriage across the US in 2015, the door to surrogacy opened up to LGBTQ couples. The surrogacy process for gay and lesbian families now follows a very similar path as all intended parents. Same-sex couples find a surrogacy agency, match with a gestational carrier, arrange an egg or sperm donation and begin the legal and medical process with their surrogacy team.
As is the case with all couples, the state-by-state laws still vary quite greatly when it comes to surrogacy. For this reason, it’s crucial to work with an experienced agency and legal team to navigate any details that may come up throughout the journey. Overall, the LGBTQ community can greatly benefit from the compassionate process of bringing a new child into their family with the help of a surrogate mother.
It’s important to note that surrogacy laws are constantly changing and growing, no matter their sexual orientation. As the country is still early in the process of navigating these laws, each year brings new changes.

As you begin your journey as an LGBTQ intended parent, you’ll want to consider several main legal details before beginning your research. These include:

Some of the clearest differences in LGBTQ surrogacy is the use of an egg or sperm donor. Some agencies like Simple Surrogacy can arrange the full matching process, from egg donation to pairing with a gestational carrier.
Each couple decides which arrangement is best for them. Two married men will often decide to both donate sperm, leaving the question open about whose genetic material fertilized the egg. Two female intended parents often benefit from surrogacy if they face fertility or health complications for carrying the child on their own. In this case, one mother’s eggs will be used with donated sperm from a known friend or donor.
As options for LGBTQ parents continue to expand, some surrogate mothers specifically request working with gay and lesbian couples. The dream of helping families, that until recently, had narrow options for biological children, was their specific reason for heeding the call to surrogacy.

The states with the fewest restrictions on gestational surrogacy support surrogate compensation, will list both parents names on the birth certificate with fewer legal steps and mostly allow both married couples and individuals to go through the process. This means that gay and lesbian parents are fully protected under law in the pre-birth order in a range of household arrangements. These states include:

In these states, minimal laws dictate the details of surrogacy, allowing compensation and fully supporting married same-same and heterosexual couples. Gestational and traditional surrogacy are still open to unmarried couples or individuals, but there may be a few more legal steps after the birth of the child. Otherwise, all married couples are granted fully parenting rights and responsibilities at least two weeks before the embryo is transferred to the surrogate mother.
As a Texas agency, Simple Surrogacy benefits from these support gestational carrier laws. Both parents are recognized as legal parents on the birth certified for example. Because of this, there are very few additional legal steps once the pregnancy is underway, so parents can focus on preparing for the big day.
Most importantly, Texas law supports parents that are fully related to the child, used one egg or sperm donor, or have no relation. This allows flexibility for gay and lesbian intended parents in whichever situation is best for them.
Minimally restrictive states include:

There is also a list of states with little-to-no laws on the books about gestational surrogacy. Though this leaves the door open to all intended parents, one may experience a more lengthy legal process to solidify the process. These states offer flexibility, but with a lack of clarity, there is less assurance and possibly more time spent on ensuring pre-birth orders, surrogate compensation, and birth certificate representation.

The remaining states have a range of restrictions, either barring LBGTQ couples from pre-birth orders, or banning surrogacy altogether. Some states specifically ban compensated surrogate mothers, cutting out a surrogate’s opportunity to financially support the process.

Our affordable surrogacy services aim to offer the chance to grow a family to as many intended parents as possible. For all intended parents, our requirements are based around stability—both at home and financially—as well as health and psychological wellness. We aim to work with parents that fully understand the surrogacy process and are enthusiastic about matching with a surrogate mother that they click with and can work with throughout the pregnancy.
Our intended parents run through the same background checks and psychological evaluations as our network of surrogate parents. As a Texas agency, we have the advantage of incredibly inclusive laws for all family regardless of orientation.

Working with a Legal Team

Each involved party in the surrogacy process—intended parents and surrogate mothers—have separate legal representation that understands the process from top to bottom. When working with a surrogacy agency such as Simple Surrogacy, you can connect with a trusted lawyer to walk through all pre- and post-birth legal details.
If you have any questions about becoming an intended parent as a gay or lesbian couple, speak with one of our specialists today. Our team is here to explain the advantage of working with a Dallas, Texas agency, whether you’re local to the area or across the country. Contact us at 1-866-41-SURRO to begin the conversation.

Legal Changes in Surrogacy in 2022

As we entered 2022, we stood optimistic about new surrogacy laws in the United States and globally. Currently, there are a lot of misconceptions about surrogacy - what it is for, and what happens to surrogates, also known as Intended…

5 Ways to Prepare For Your Surrogacy Journey

Starting a surrogacy journey is exciting for everyone involved. As a first time surrogate, preparations need to be made to ensure you have a safe and happy surrogacy journey before the process begins. Between medical screenings, insurance, and the legal…

Navigating Questions About Surrogacy During the Holidays

Immediate family and those you’re closest to likely already know about your surrogacy journey and have asked their questions - but what about extended family around the holidays? The holidays are already a stressful time with travel plans, gifting, and…