Simple Surrogacy has lately been approached by several Chinese firms to partner with us to bring their Chinese clients to the United States for Surrogacy. When the recent story below was published on NPR.org, it came a little surprise to us that many other Surrogacy Agencies are having the same experience. We have had previous clients who had babies in the year of the Dragon, and have current clients who are expecting Horse babies. We have also experienced the phenomenon of those same clients preferring tall, blond Caucasian donors, and several have gone through our sister agency, Simple Donations, to find their ideal donor. We look forward to helping many more Chinese clients to have their babies in America through Surrogacy in the years to come.

Made In The USA: Childless Chinese Turn To American Surrogates 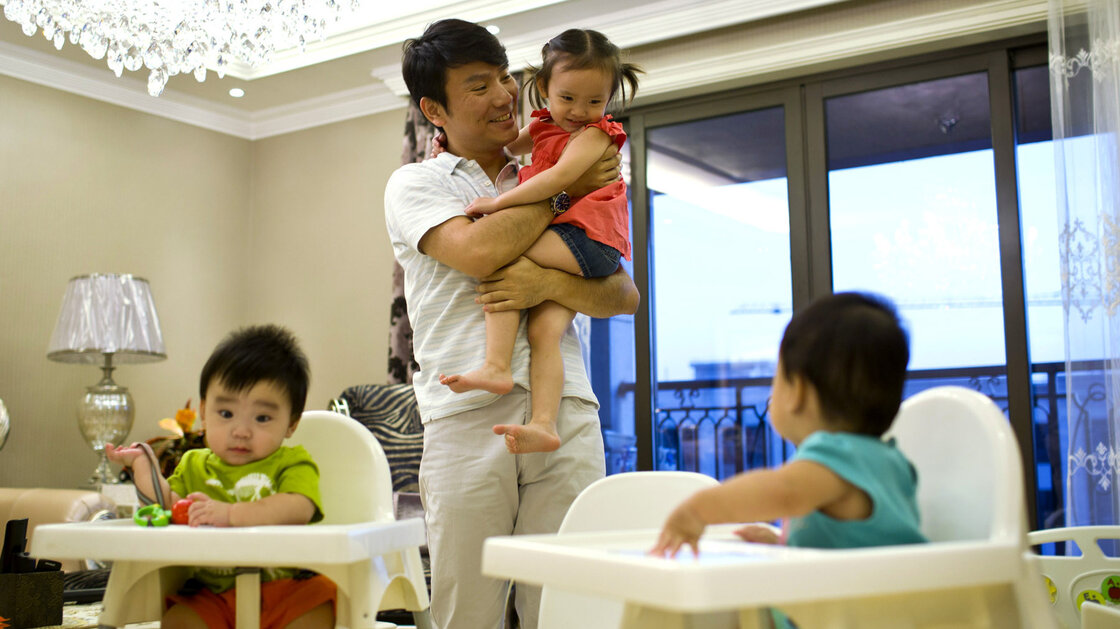 After failed attempts with Chinese surrogates, Tony Jiang and his wife now have three children, thanks to an American surrogate.

Chinese couples who are unable to have children are turning to a surprising place for help these days: America. By hiring American surrogates, Chinese couples get around a ban on surrogacy in China, as well as the country’s birth limits.

It also guarantees their children something many wealthy Chinese want these days: a U.S. passport.

Tony Jiang and his wife, Cherry, live in Shanghai and couldn’t have children naturally. First, they turned to underground hospitals in China for surrogacy.

Jiang says one of the surrogates ran away.

“It was almost Chinese New Year’s break. She became so homesick so she flew back home,” he says. “My wife was just two or three days away from embryo transfer. That was really ridiculous and disappointing.”

So Jiang went online and found a surrogacy agency in Orange County, Calif. Three years and $275,000 later, Tony and Cherry have a son and two girls, which would have been against the law had they all been born in China.

He now consults with eight surrogacy agencies, connecting them with Chinese clients, the vast majority of whom suffer from infertility, Jiang says. Others clients have included gay men and heterosexual couples barred from having a second child in China.

Jiang’s first clients were a couple — both Communist Party members — who were leaders at a government-owned firm.

“How could leaders violate this kind of regulation?” he says. “You could be easily laid off if somebody knows you already have two kids.”

The wife had nearly died giving birth to their first son. The couple did have a second child through surrogacy, who — because he was born overseas — did not violate Chinese law.

“Only their closest friends, relatives, know they have two boys. All their colleagues, leaders, bosses don’t know,” Jiang says.

Chinese women routinely fly to the US to give birth, so their children can get an American passport and enjoy the benefits that come with it, including clean air and a U.S. education. Birth tourism is so common it provided the plot for a popular movie last year, Finding Mr. Right.

Amy Kaplan is the director of a Surrogacy Agency, an agency that helped and now works with Tony Jiang. She says Chinese surrogacy took off in recent years through word of mouth. Her agency saw its first Chinese client in 2009. Now, an estimated 47 percent of clients waiting for a surrogate are from mainland China, she says.

There are no hard numbers on Chinese surrogacies, but Kaplan figures in California alone there are perhaps several hundred right now.

She says her firm only works with clients who can show a medical need for surrogacy, and not those who just want a passport for their kid. But she says perfectly healthy couples have forged medical records to try to meet the requirements.

“The surrogates are putting their own health at risk for another person,” she says. “And for immigration reasons, to me, that’s …. not ethical.” 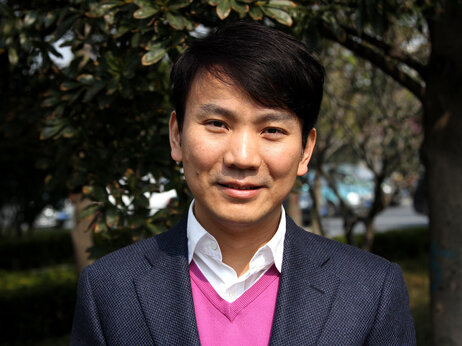 For a Shanghai businessman, who gave his English name as Mark, there are other reasons for seeking out a surrogate.

What he means by “status” is that he’s gay, which is still considered fairly taboo in China. So he went to America to quietly start a family. Last year, he had a daughter, Yifan.

“When I hold her, look at her, my heart was expanding,” he says. “She looks exactly like my mirror image.”

Mark, who is 34, chose the U.S. because it gave Yifan a clear, legal identity, including an American passport, which she can use to attend school there in the future.

Like many Chinese his age, Mark is disappointed with China’s education system.

“For Chinese school, you are not allowed to have a free talk. So you just sit there quietly, just passively receiving knowledge,” he says. “But in the U.S., it’s different. Be more innovative, creative and free spirit.”

When Yifan reaches high school, Mark plans to move to America and educate her there.

Chinese parents often have specific concerns and novel demands of their American surrogates.

At first, Tony Jiang did: “I remember very clear how panicked I was in the first 12 weeks.”

When his surrogate, a woman in Northern California named Amanda Krywokulsky, was carrying his first daughter, Jiang worried about radiation.

Krywokulsky remembers: “Once the pregnancy was confirmed, they had asked about me wearing a lead apron when I used the microwave, which I thought was kind of weird.”

Jiang says some couples apply the principles of traditional Chinese medicine to pregnancy and childbirth, which clash with American behavior.

“I saw my surrogate when delivering; she was chewing ice,” he remembers. “So that’s quite weird. Most of my clients don’t understand or don’t suggest their surrogates to drink icy water during pregnancy because they believe these cold things they drink or eat could arouse miscarriage.”

Some of Jiang’s clients even tried to have lifestyle provisions written into the surrogacy contracts: Don’t eat seafood, don’t drink ice water, limit activities in at least the first four weeks.

“They say: I will pay your four months’ salary if you can [stay on] bed rest four weeks,” Jiang says. “People raise these kinds of ridiculous provisions, but finally they understand the situation, and they let it go.”

“They all say the same thing: tall, blond, blue-eyed and pretty,” Garcia says.

She says they see an egg from a tall woman as a way to genetically trade up for stature.

“In Asian culture, they are a bit shorter; they just want really tall children and strong boys,” Garcia says. “And they’re thinking the Caucasian girl is stronger and taller, therefore they’ll have stronger, taller children.”

Garcia and others in the field expect Chinese demand for American surrogates to continue to grow, even with .

There was a rush to conceive children earlier this year — the Year of the Horse — which, according to the Chinese zodiac, is especially auspicious for boys.

Frank Langfitt is NPR’s Shanghai correspondent. You can follow him @franklangfitt.